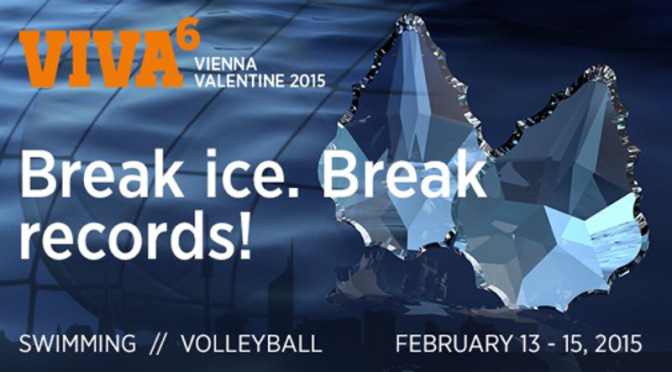 The swimming tournament was organized by SC Diana/Kraulquappen. In total, 32 clubs, most of them from abroad, participated in the competitions. For more information: http://viva.kraulquappen.at/index.php/en/

The volleyball tournament was played in three categories: B+, B-, and C. In sum, 16 teams from Austria, Czech Republic, Denmark, France, Germany, Hungary, the Netherlands, Slovakia, and Sweden competed for the crystal medals. The team of Prague won the gold medal in B+, Budapest succeeded in B-, and in C level, the gold medal went to Bratislava.

Not only sports, but also fun and party were important the very same weekend. Swimmers, volleyball players, and friends celebrated together in “Rote Bar” at Volkstheater, one of the fanciest party locations in Vienna.

VIVA7 will be taking place in February 2017! See you there!

The results of the VIVA6 volleyball tournament in detail: